Stieve  is a media relation’s expert and convergent media strategist with unique abilities to work in almost any sector.  With more than 15 years experience across such diverse areas as consumer FMCG, government, education, mining and security, she also holds specialist skills in healthcare working on ethical, consumer health and beauty campaigns.

Stieve has a Masters degree in Communication.

David has more than 30 years experience in the media, both as a journalist and media adviser.  Senior positions         include Chief of Staff and Assignments Editor in a national TV news service as well as News Director in metropolitan     and national radio.  David was a media adviser in State Government in Australia and led the media office at the           University of Newcastle.   His specialities include media production and editorial, media planning, crisis management,   indigenous and multicultural affairs, and speech writing.  David has a bachelor's degree in Journalism and History.

Steve's career began in broadcast news as a TV anchorman for a national news service in Australia.  After journalism, he worked in politics and government in Australia and Britain before becoming a Director of global PR agencies Burson-Marsteller and Hill and Knowlton in Europe and Asia-Pacific.  Since establishing Reputation in 2003, he has advised business and government leaders around the world in a range of communication disciplines.

​Steve has a Masters degree in Digital Media and is the author of Mastering Media in the 21st Century.

Mike O'Reilly is a PR & Issues Management professional of 20 years, specialising in corporate communications.             With a background in TV, radio and press journalism, he has contacts at senior levels in media.  This is matched by     corporate commercial skills ensuring a focus on the outcome for clients.

He has won awards from the Public Relations Institute & Business Communicators, the Australian Marketing               Institute, and is a Fellow of the PRIA.

Paul helps organisations find the opportunities and identify the challenges in the new digital economy with his wide     experience in technology, media, business and government along with an ability to explain the issues in everyday       terms.  As a broadcaster on national radio in Australia, Paul has guided tens of thousands of listeners handle a wide     range of issues surrounding digital media.  He is the author of six technology books, including the Australian               editions of the Personal Computers and the Internet for Dummies Guides. 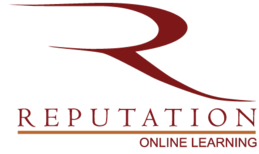